Day 1: (Taipei to) Fuguei to Keelung 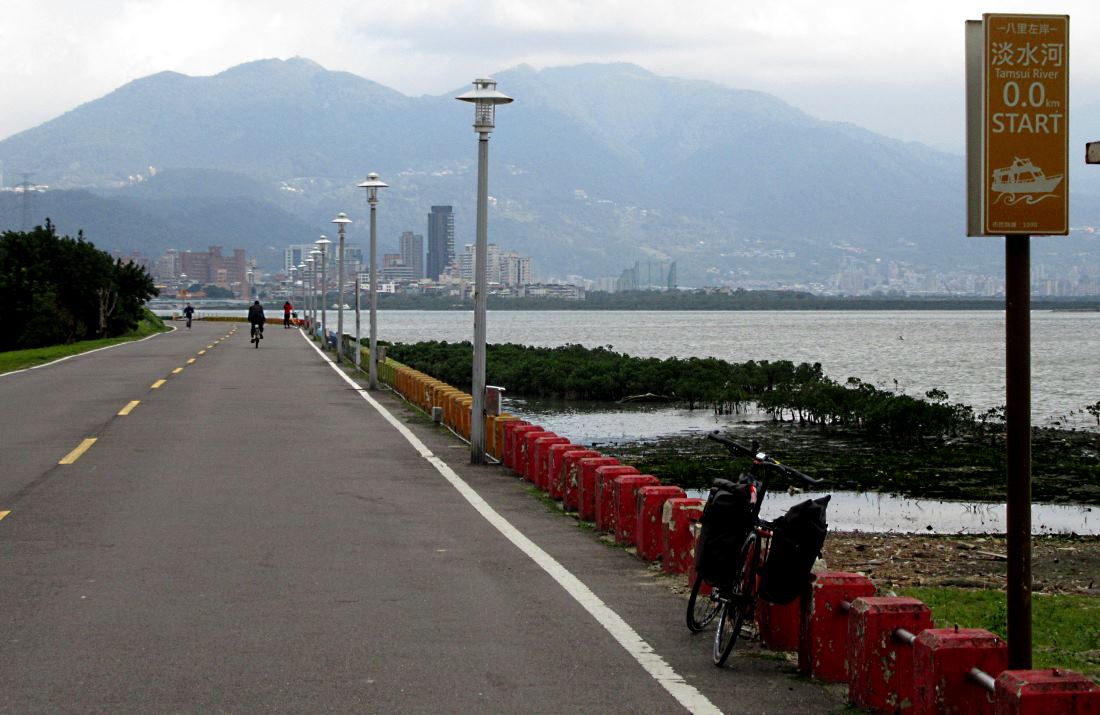 We left Taipei along a series of excellent riverside tracks (pic). Yup, this a cycle track, not a road. Even my most ardent campaigning friends might grudgingly admit this is just about wide enough. (We didn't see it in rush hour though.) 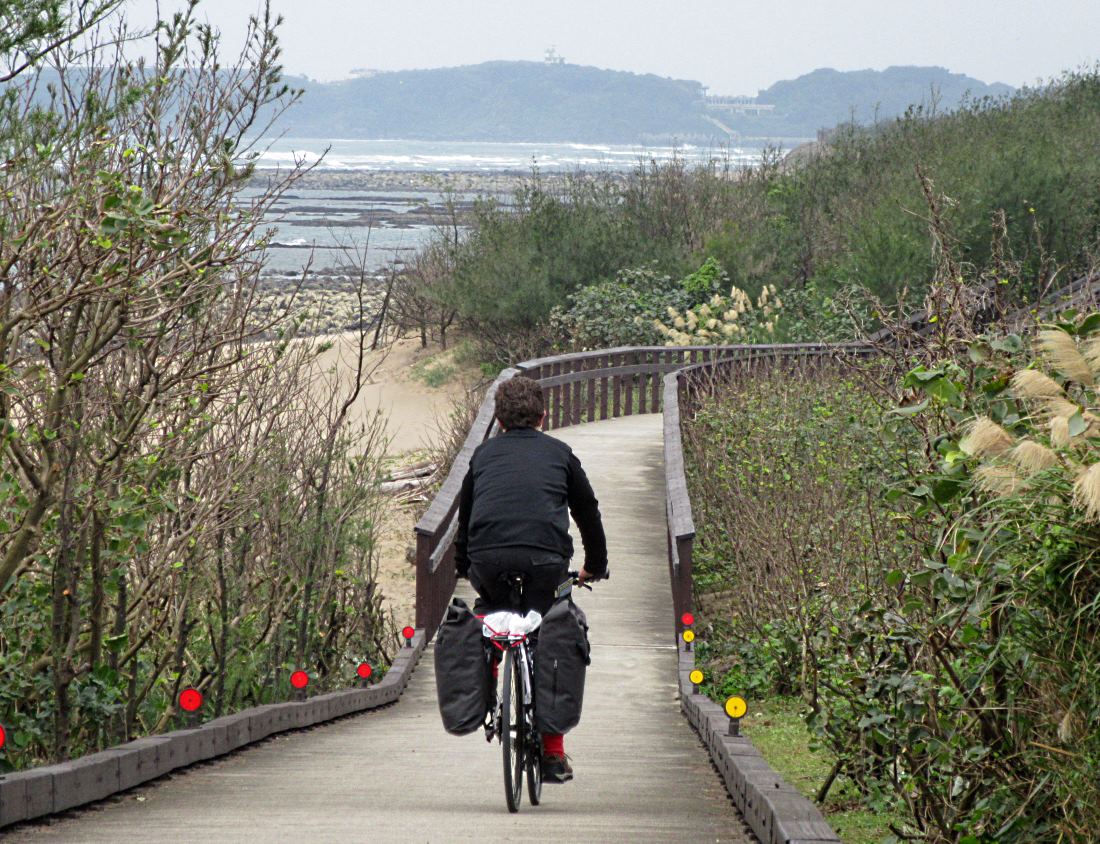 We spotted some ospreys in Danshui – though sadly only photos of them, taken half an hour previously by a group of bird-snappers we chatted to. They had camera lenses the size of bazookas and smiles almost as big. Further up the coast were more pleasant bike paths, now running alongside the sea (pic). Too chilly for skinny-dipping, though.

At last the northernmost point of Taiwan, and the starting point of the End to End route – Fuguei – came into view (pic). It wasn't the lighthouse that caught our eye, or even the giant golfballs of the military radar establishment: it was these quirky painted funnels. Someone clearly had fun using up a leftover batch of paint. 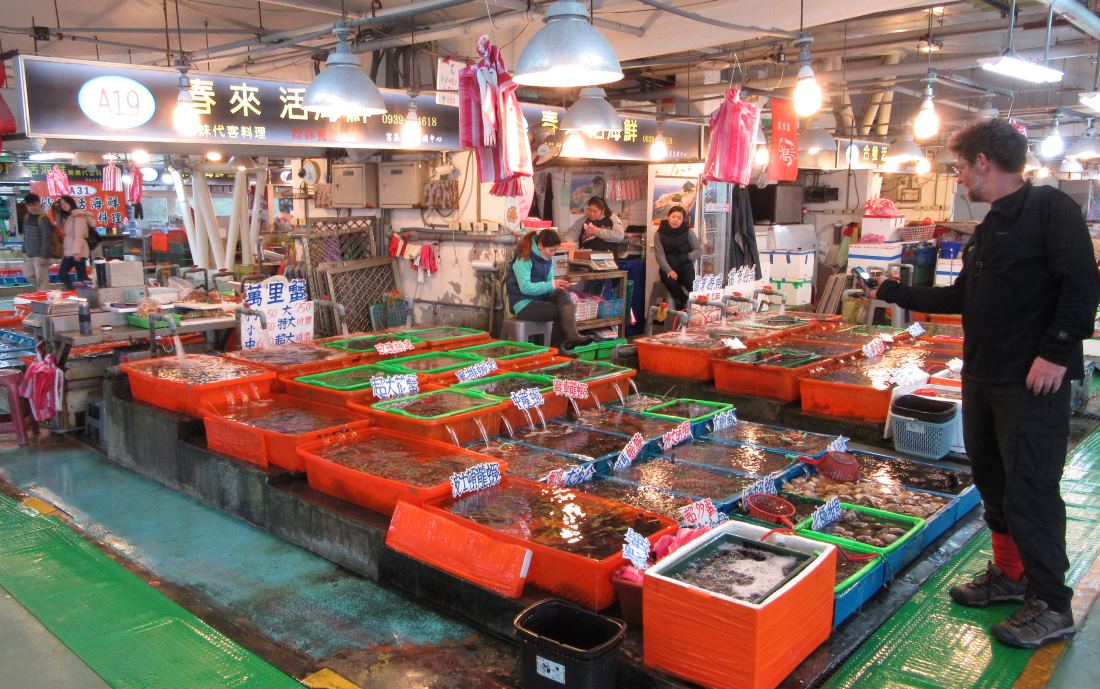 From the map I'd expected there to be nothing here at the wild north cape, a landscape that has inspired poets, artists, and designers of nuclear power stations. In fact there is a small town here right at the top of the country, with a thriving fish market (pic)... 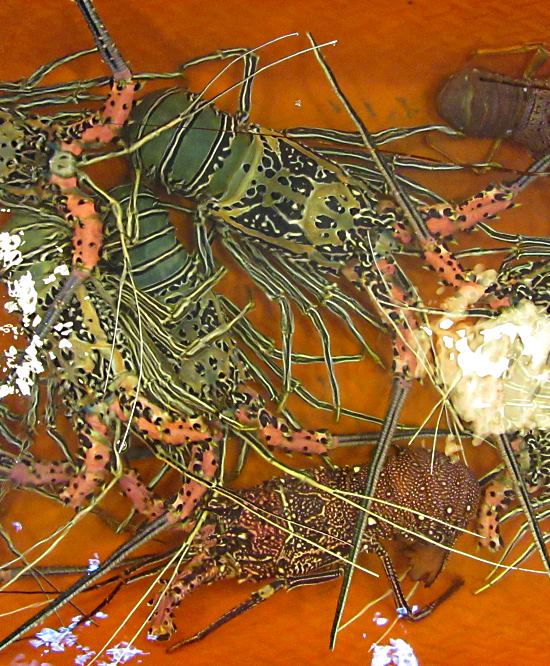 ...with some astonishingly colourful molluscs (pic).

I hope this isn't anything to do with the nuclear power station. 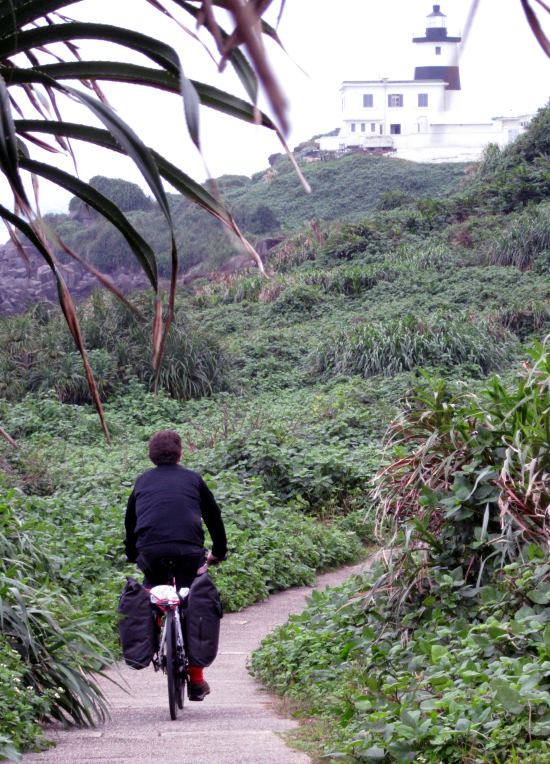 We cycled up to the blustery lighthouse (pic), the furthest north you can possibly go in Taiwan, a couple of hours later than expected: as usual, it took me a while to get to the point. 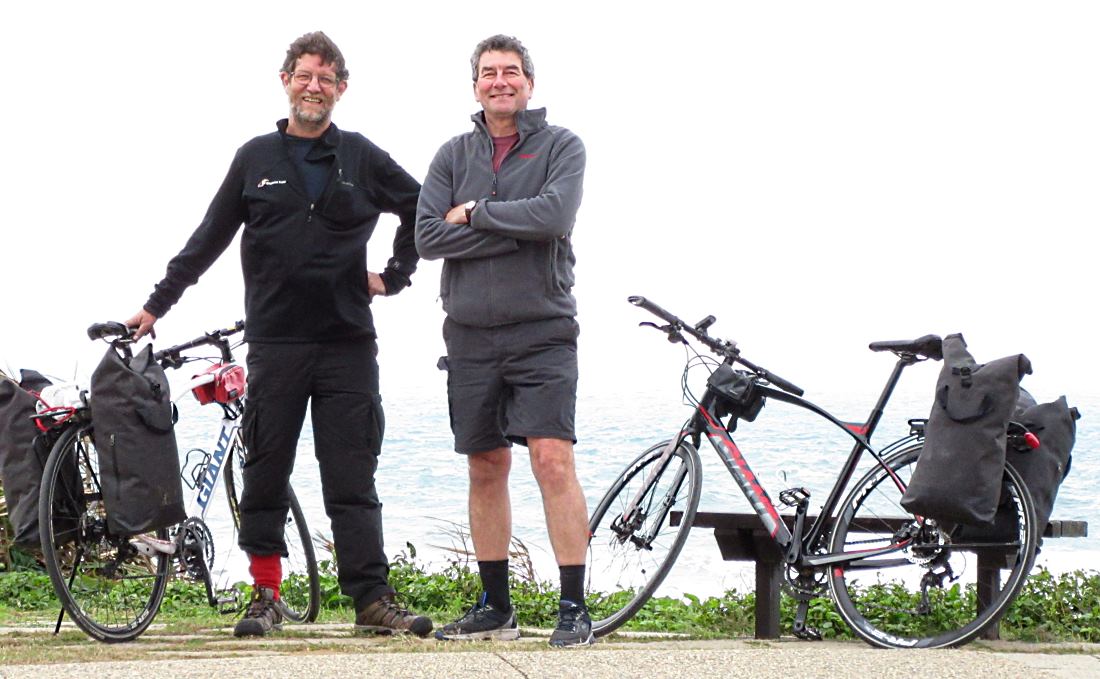 This is the official photo of us at the Start of the End to End. The only one that didn't fail because the howling wind blew over the self-timing camera, anyway. From here it was mostly routine riding along main roads through cloudy, cold weather to our hotel in the vibrant town of Keelung. 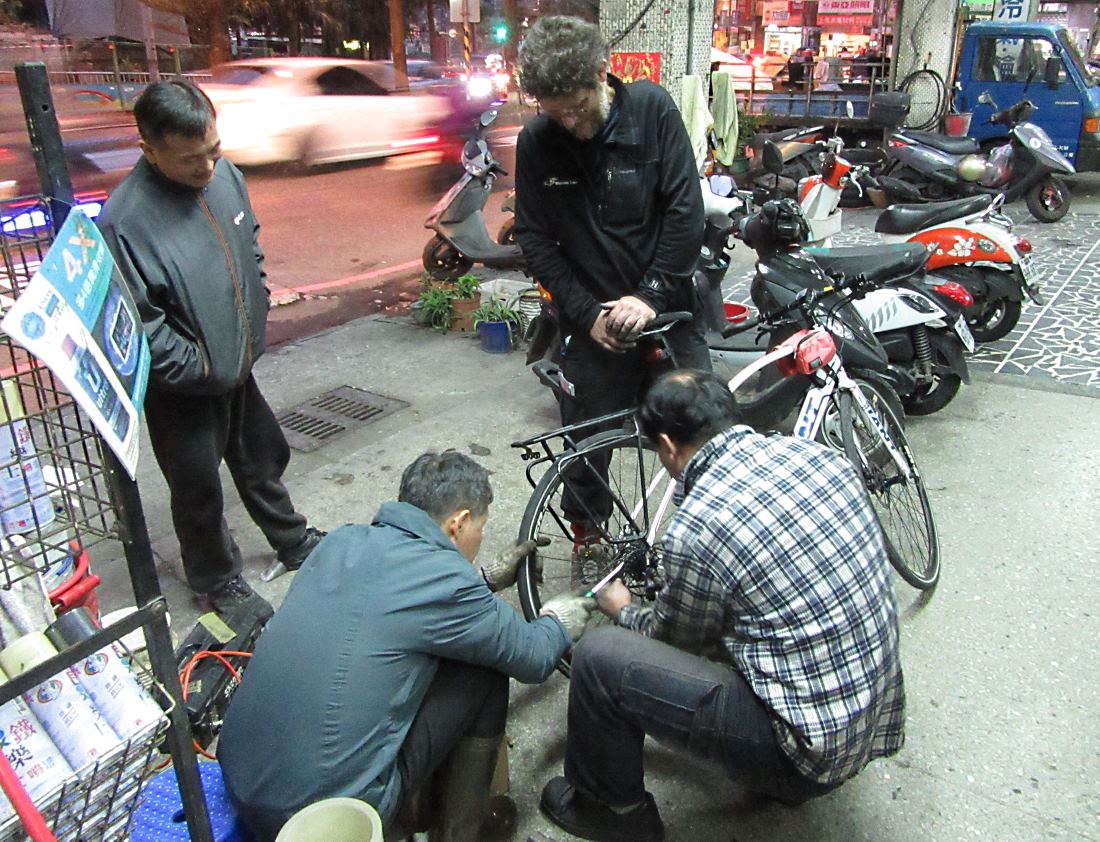 However, Tim's bike had been suffering some major mechanicals, with a chain that kept slipping off and jamming. Thanks to some helpful and friendly locals armed with chisels and hammers (pic) we managed to bodge it. As you can see, it takes three people to mend a bike: one to do it, one to help them, and one to stand around saying they're doing it wrong.

It was now dark, but we got to our hotel in time to enjoy some excellent dinner at Miaokou Night Market. I had roast suckling pig wrap cut from a whole roast pig there on the stall counter. It was fabulous. Tim is veggie so he didn't. He had some taro balls. Apparently they were very good too. 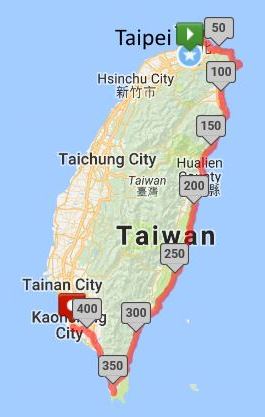 MORE OF MY BLOGS

Rob Ainsley
Cycling writer. Do more cycling than writing though. Live in York but usually away.

Email me on rob [dot] ainsley [at] mail.com.